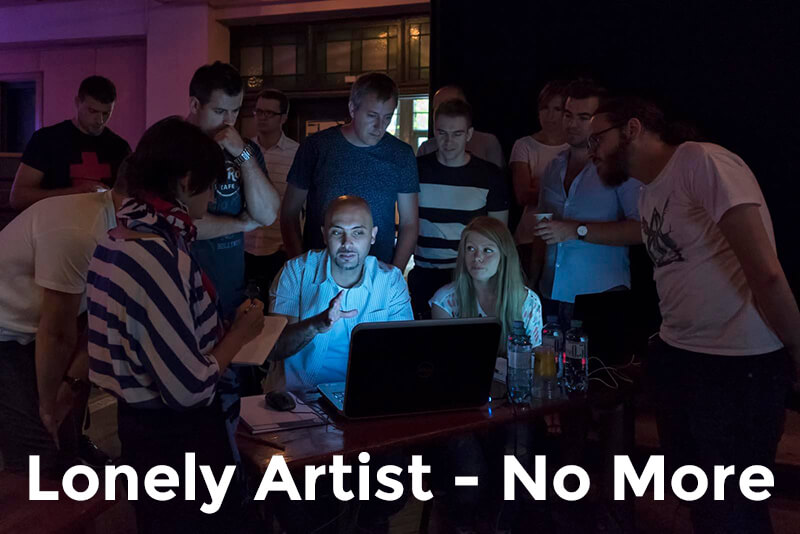 in Articles
by Jens Suhr Andersen

You work, in front of a monitor.

You seek entertainment, in front of a monitor.

You gather inspiration, in front of a monitor.

You eat (at times), in front of a monitor.

You poop, in front of a … Oh come on, I’m not the only one bringing the phone am I?

Sure you say hi to people at work, or at home, but how often do you strike up a conversation with a stranger?

The number one reason for not doing this (apart from that it’s become a strange thing to do in western society), is that you fear running out of stuff to talk about. That’s my best guess at least.

Now that’s a valid excuse, but what’s your excuse for not talking to people who actually share your interest, your passion even? 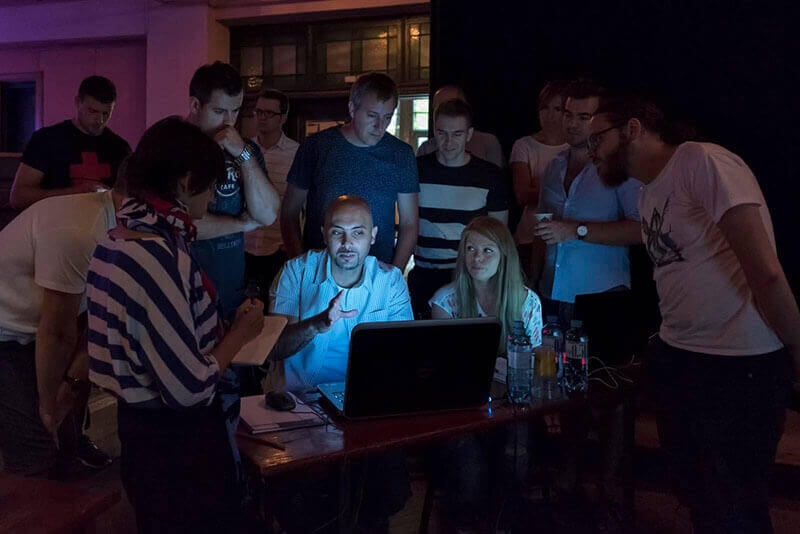 (D2 Conference. Karim Mousa from Plompmozes in front of a … monitor)

Go to a conference

Last week I was in Vienna. I attended the d2 Conference hosted by Büro WHAT!

Two days before the conference start, I also attended a workshop by the very talented guys from Plompmozes.

This event was a game changer.

I had been there before (the first one in 2014) and at that time I brought a friend. This time I went alone.

Don’t get me wrong it’s great having someone to share the experience with, but you’ll most likely end up just hanging out with your friend. We didn’t participate in the social events outside the conference (like having dinner with the other attendees) and we didn’t really seek out others to speak to.

This time was way different and actually also the way I would advice you to go to conferences:

Now you’ll see familiar faces and you have a conversation starter. Doing it like that, gave me a little peace of mind.

Most of the people at a conference will be complete strangers to you. Do some work before hand, be a little more active on the forum, say hi on twitter, like some stuff on facebook and have a profile picture that’s up to date!

Doing the above made it a lot easier to start new conversations.

Some could recognize me, others didn’t. Some of the most fun and interesting conversations I had was with the complete strangers.

Going to a conference will most likely include some sort of schedule with speakers presenting their view on the business. My advice for you when it comes to listening to speakers is the same as when you read books (you really should read books):

Use what inspires you, throw away the rest.

Now, it’s not healthy to reject everything you disagree with, but you can’t take what’s coming from a book or speaker for granted. It’s the author’s opinion and it’s what works for him – same as this blog!

Some of the speakers you’ll downright disagree with, others will have some good tips and once in a while you’ll witness greatness. The d2 conference had all three kind of speakers and it was great conversation material for interacting with the other attendees.

When there’s no monitor to hide behind. No unnatural distance in communication. You will find so many new friends and like minded people at these kinds of events. You just have to dare to reach out. The rewards will be plentiful.

Business cards are weird. I gave out some, received some too. Now they sit in a drawer, as I’m sure mine does too. The people you really hit it off with, the ones you have genuine conversations with, add them on Facebook right there or send them a follow up email/message later. Don’t let the good experience fade away.

This image pretty much sums up the feeling I left Vienna with.

It’s Victor E. Tarrés. A Spanish 3D artist that has a very interesting story to tell and does incredible images. He might come across a bit weird on that image. He is. The guy still uses autocad for all his 3D work for christs sake!

I met so many amazing people, made new friends and felt so inspired returning home to Denmark. I no longer feel alone behind my monitor. I’m definitely going next year!